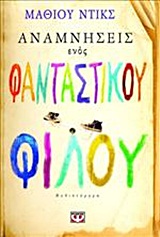 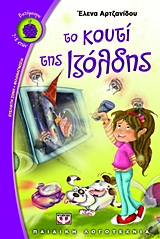 GREEK LANGUAGE BOOK
The Bruni-Callisto and Clerice families, their children, seven boys and two girls, and their realm: the farm on the plain of Emilia with its fields cultivated with great effort for the benefit of the notary who is the owner, and the large barn, a refuge for pilgrims and a place where people gather to celebrate the rite of vigil during the long winter nights and hear Cletus, the bard, as he recounts his wonderful stories, the legacy of an ancient tradition. Like the tale of the golden goat, a demonic idol whose appearance in the dark is a terrible omen. But this ancient world of basic but lasting values, ancestral legends, magic, spells, immense effort, but also certainties such as food, housing, solidarity, can not escape the flow of history: all seven of the Bruni males leave for the Great War, and the family will have to deal with its grief, a violent new regime, a second terrible world conflict and even civil war, with all the destruction, humiliation, the fears and the changes that come with them. But through all these hardships they also show an extraordinary ability to roll up their sleeves, depend on the progressions of the seasons and look to the future with renewed confidence. Through the eyes of Floti, Gaetano, Armando, the other brothers, and the courageous women, full of life, that are their companions in the daily routines, and with a lively intelligence that can only come from generous spirits and an instinctive knowledge of nature, the reader is taken on an extraordinary journey that ranges from the Bruni threshing mill to the rocks of the Carso and the Piave and Tagliamento rivers, from Africa to Russia, from 1914 to 1949 and beyond. From a family united around the hearth to the postwar diaspora and from the immutable order of country life to the complexities of a new world, in which it is each is for himself and the rights of the weak are no longer guaranteed by an instinctive solidarity. From the time when the Bruni home offered shelter and an ear to travellers in the night, to the new wind blowing through landscape that man has now abandoned… Drawing on living memory combined with the thoroughness of an historian and the flair of an artist, in these pages Valerio Massimo Manfredi deals with a controversial subject: the history of the twentieth century, the signs of which remain etched on our skin and in our daily lives. The epic and dynamic scope that is a distinctive feature of all of Manfredi’s work in A Winter’s Night (Otel Bruni), is transfigured into an extraordinarily moving saga: the recent and timeless history of simple men and women destined to remain etched in our memory, a poetic re-evocation of a lost world where love, courage and hope were the values of a humanity that still believed in itself.
ISBN 9789604965595
PAGES 417